In the fall of 2016, Dawn Funches Allen began researching the idea of establishing an Alpha Kappa Alpha Sorority, Incorporated® footprint in Kaufman and Rockwall Counties located east of Dallas County. In the spring of 2018, Dawn invited several local residents who were also members of the sorority to lunch at a local restaurant in Forney, Texas. In the interest of gathering the members to get to know each other and to realize the number of sorority members in the area, it was determined that the data gathered was sufficient for an expansion of service in the name of Alpha Kappa Alpha. At the conclusion of the luncheon, six additional members (Stephania Byrdsong O’Neal, Bridget Fowler, Ashley Hollins-Smith, Hope Miller, Amy Milton, and Felicia Smith) verbally committed their interest in the potential establishment. Two additional lunches were held – one in Terrell, Texas and the other in Rockwall, Texas, in the effort to meet more local sorority members within Kaufman and Rockwall Counties.

By the end of the summer of 2018, the group had grown to over 40 sorority members, including 23 reactivating members who were welcomed back into active status. Within a matter of months, confirming the need and realization that the communities of Kaufman and Rockwall Counties could be the home of a fast growing, sustaining service organization, the group began preparing the chartering application. In January 2019, the group submitted the Application to Establish an Official Interest Group to Katina M. Semien, the 25th South Central Regional Director, with the unanimous support of the eight other local Dallas/Fort Worth Metroplex chapters and several local elected and appointed officials, school districts, and business owners. In November 2019, Pearls by the Lake received approval from Alpha Kappa Alpha’s Board of Directors and became an Official Interest Group of Alpha Kappa Alpha Sorority, Incorporated®. The group voted on its inaugural officers and the work began.

In July 2020, Pearls by the Lake welcomed the 26th South Central Regional Director, Joya T. Hayes. The members continued their service activities and, in September 2020, submitted the Application to Charter a Graduate Chapter. On January 3, 2021, Pearls by the Lake was approved to charter from Alpha Kappa Alpha’s Board of Directors. On March 7, 2021, Pearls by the Lake became Alpha Alpha Omicron Omega Chapter, the first four lettered chapter chartered in the Dallas Fort Worth metroplex and the first of the Divine Nine Greek organizations established to service the areas in and around Kaufman and Rockwall counties in Texas, just east of the Dallas/Fort Worth metroplex.

While seeking chapter status, we welcomed four chapter members who joined our journey to Expansions of Excellence: 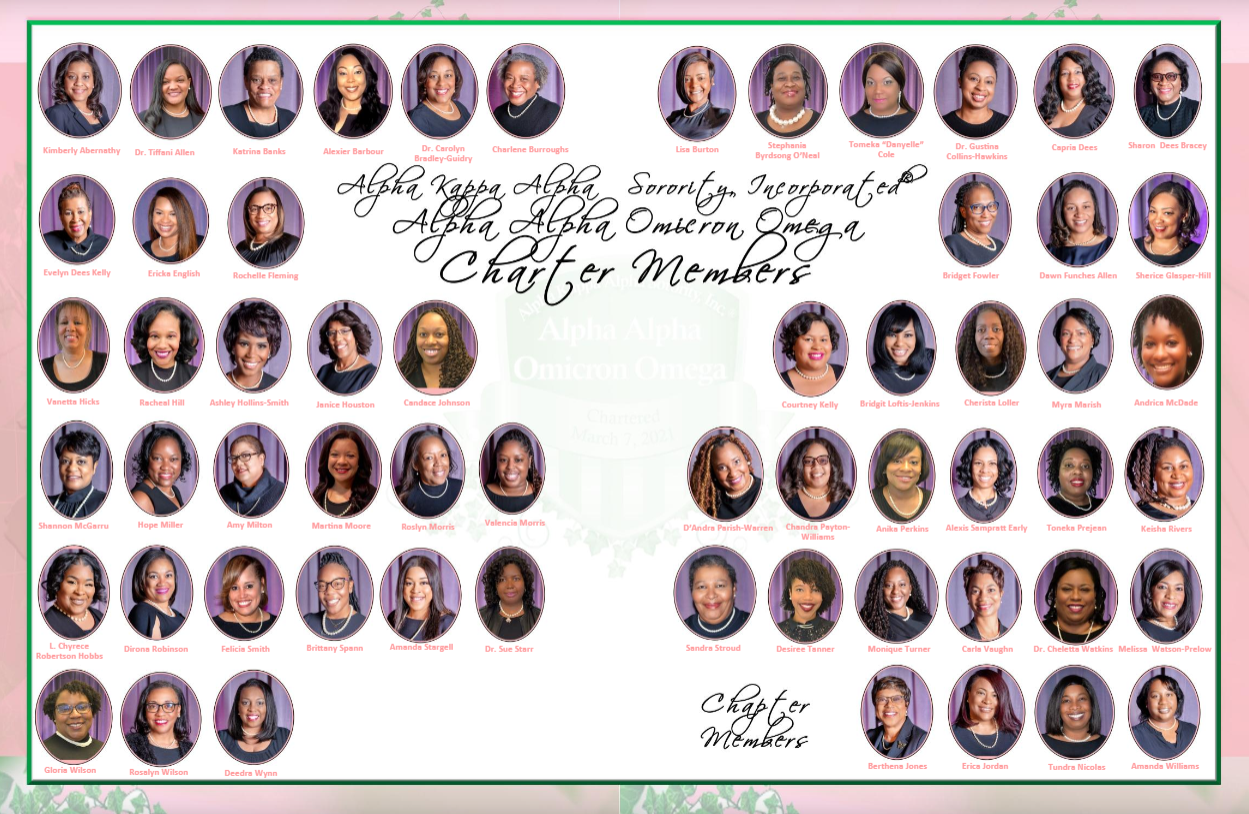